Reliable experience you can count on
contact us today

A DUI is no minor matter in Kansas or Missouri; it can have lasting implications for your future if you do not take steps to protect yourself. There are many potential defenses to a DUI charge, but you must take action quickly in order to protect your rights and your future.

A DUI is a serious criminal offense in Kansas and a second or subsequent conviction will be charged as a felony. Some of the penalties associated with being convicted of a DUI in Kansas included a suspended license, fines, and time in jail up to one year. Those individuals under age 21 may be facing an automatic 30-day driver’s license suspension with 330 additional days of restricted privileges. Those Kansas or Missouri CDL holders may lose their license (and their livelihood) for up to one year.

The consequences may be as follows in Kansas:

Refusing a chemical test in Kansas will lead to a license suspension unless you are able to receive a hardship license after the minimum suspension period.

Missouri takes charges of DWI seriously and you could be facing multiple penalties if convicted or a first or subsequent DWI. Here are the common ramifications for DWI charges in Missouri:

Whether it is your first DWI in Missouri or a subsequent charge, you may be eligible to have your record expunged so that you can put this negative event behind you. A new Missouri law allows for some past felony and misdemeanor convictions to be removed from your record. These include criminal DWI records, but you can only benefit from this if you take action by speaking with a Missouri DWI defense lawyer. Those individuals who pleaded down to a lesser DWI charge in Missouri may be more likely to benefit from this new law. 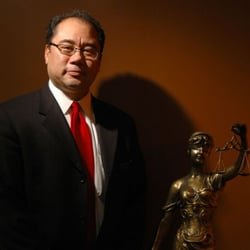 Greg Abella is committed to stepping in immediately and keeping you advised of all the relevant details in your DWI case. Attorney Abella’s goal is to respond assertively to potential investigations and charges and to keep the client informed at each stage in the process. While Attorney Abella hopes to resolve issues sooner than going to trial where possible, he always works to prepare each case as if it will ultimately go to trial, giving you the peace of mind that you have someone working hard for you from day one. Contact Abella Law Firm today for a free consultation.

Two Locations To Serve You